A Guide to the Tokyo 2020 Olympic Climbing Format 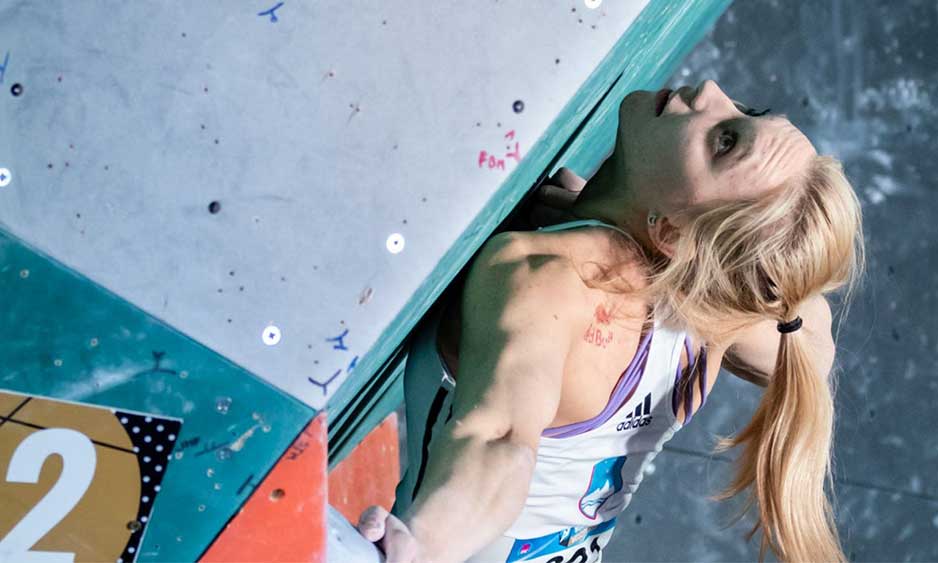 In August of 2020, competition climbing will take the world stage. For the first time ever, the sport will be an Olympic event, as part of the Tokyo Games. Assuming you’ve gotten caught up on the details of the year-long selection process for competitors (whittling down a massive international field to just 20 men and 20 women who will vie for Olympic gold), here is an in-depth look at how the climbing event will play out.

Athletes in the climbing event for the Tokyo 2020 Olympics will compete in three separate disciplines for a single set of medals. In previous reportage, we at Climbing.com have been referring to it as climbing’s version of the triathlon, and that is pretty accurate. The three disciplines will be speed climbing, bouldering, and lead climbing. “Three disciplines, one goal,” according to the Olympics’ promotional literature.

The decision to pursue a combined event was due to limitations placed on the sport by the Olympic Committee. The International Federation of Sport Climbing (IFSC), the international governing body for the sport of competitive climbing, was only given a single set of medals to award the winners. Instead of excluding any disciplines, the IFSC created the combined format. Right now climbing is also being considered for the 2024 Paris Olympics. If accepted, lead climbing and bouldering will remain as a combined event, while speed climbing will become it’s own separate event.

The IFSC ran their first combined-format event during the 2018 World Championships in Innsbruck, Austria. USA Climbing then ran its own Combined Invitational six months ago and it went wonderfully. It was hyped by ESPN, it made stars out of winners Kyra Condie and Zach Galla, and it proved that the various disciplines can make for enjoyable theater when forced to coexist.

Related: What the World Championships and Youth Olympics Can Tell Us About the Tokyo Olympics

The three climbing disciplines will be contested at the Aomi Urban Sports Park, located in the waterfront Bay Zone of Tokyo, Japan, beginning on August 4, 2020. (Full details about the schedule for climbing can be found here). The Athletes Village, where all the climbers will be bunking, will be at the intersection of the inland Heritage Zone and the Bay Zone.

The Aomi Urban Sports Park is—at least for now—a temporary venue for the Games. Three-on-three basketball will also make its much-hyped Olympic debut at the park, but climbing has been a big part the park’s publicity ever since construction began.

In terms of the climbing walls at the park, the speed climbing will be contested on an IFSC-standard 15-meter speed wall. The bouldering wall will be four meters in height, and the lead wall will be 15 meters high.

The Olympic finals will consist of six men and six women, whittled down from a field of 20 men and 20 women in the qualification round (there are no semi-finals). The final standings at the end of the event will be determined by a multiplied score of athletes’ placements in all three disciplines—with the lowest score earning the gold medal.

In the bouldering portion, competitors will each get four minutes to reach the top of each boulder in a set of four. Credit will be given for securely reaching the top hold in a controlled manner with both hands. If a competitor does not reach the top of a given boulder, separate credit will be awarded if the competitor at least reaches a “zone hold” midway up a given boulder. The number of attempts will also contribute to a competitor’s bouldering score. The leaderboard is determined first by the number of tops, then attempts, and then zones. In other words, a competitor who tops a boulder in two attempts will have a better score than a competitor who tops the same boulder in six attempts, and they will both have a better score than a climber who only reaches the boulder’s zone hold.

The lead climbing portion offers the easiest scoring structure: each hold controlled on the lead wall represents a point. The competitor who reaches the highest spot on the wall will get the most points and thus win the discipline. Technicalities and controversies could arise when judging whether competitors have control of a certain hold (i.e., if a competitor dynos for a hold—and touches it but cannot secure a lasting grip before falling—should a point be awarded?) In this case, partial points could be awarded depending on the circumstance, and there will also be the option of an appeals process, in which competitors and national teams could protest scores awarded (or not awarded). Unlike bouldering, the lead climbing portion will only allow one attempt per competitor. When the competitor falls, that competitor’s attempt is over.

As mentioned above, each athlete’s overall standing will be determined by multiplying their placements for each event, with lower scores ranking higher. Hypothetically, if a competitor places third in speed climbing, first in bouldering, and fifth in lead climbing, that competitor’s final combined score would be 15 (3x1x5). If another competitor placed second in speed climbing, second in bouldering, and third in lead climbing, that competitor’s final score would be 12 (2x2x3) and thus win over the previous climber—12 being a lower score than 15.

The Olympic selection process will kick off on August 20 (2019) with the Combined World Championships in Hachioji, Japan. Stay tuned to Climbing.com for continued coverage of all-things Olympics, and catch up on the 2019 competition season here.